Fill in the form below and we will call you back as soon as an agent becomes available.

Please include the country dialing code if you are located outside of Spain.


This site uses cookies and by continuing to browse the site you are agreeing to our use of cookies. Continue or
Click here to
learn more. 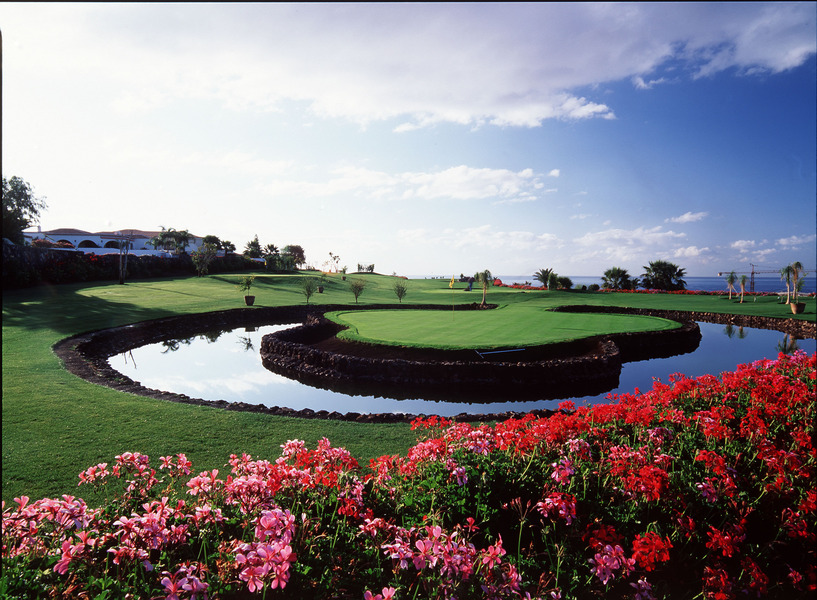 How to get there:

On the TF-1 highway, take exit 24 in the direction on the sea, and follow the first turn off to the right.

Amarilla Golf in Tenerife is one of life's hidden gems, probably the best Tenerife golf course, it hosted a round of the PGA European tour in 1990; designed by Donald Steel in the late nineteen eighties it features an imaginatively designed golf course sandwiched between the bright blue Atlantic Ocean and Spain's highest mountain, the majestic El Teide. Playing golf in Tenerife in mid winter wearing just shorts and polo shirt with the sun reflecting off the water and with the often snow capped peak of El Teide in the opposite direction can compensate for almost any amount of duffed shots.

Tenerife's Amarilla Golf is set among residential and holiday accommodation with about half the fairways having villas or apartments running along part of their length. The hole that grips everyone is the short par three fifth; 115 metres off the yellow tees there is no fairway, just the sea to cross and then to land on a small green, it can play anything from a wedge to a five iron depending on wind conditions. This Tenerife golf hole must rank as one of the most spectacular par threes in the world.

Amarilla golf is a wonderful test of golf and of golf course management; featuring long par fours and short par threes which need considerable thought Amarilla golf course is not easy for the once a year holiday hacker. The course is fair but punishing for the golfer trying too hard who gets a little wayward, push or pull a shot here and you won't find an accommodating adjacent fairway from which to play the next shot.